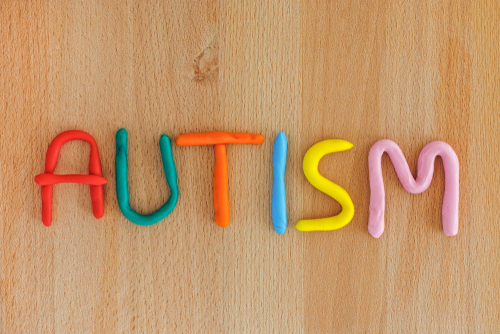 Autistic disorders are more frequent in people with Dravet syndrome than those with Lennox-Gastaut syndrome, but the appearance of this disorder in a patient is not linked to intellectual disability, a study reported.

The study, “Few individuals with Lennox-Gastaut syndrome have autism spectrum disorder: a comparison with Dravet syndrome” was published in the Journal of Neurodevelopmental Disorders.

About 1–10% of all childhood epilepsy cases are due to Lennox-Gastaut syndrome. This disease is characterized by multiple types of seizures, abnormal patterns of brain electrical activity, and cognitive impairment. Along with cognitive problems, these children often experience secondary behavioral and psychiatric disorders, such as hyperactivity, anxiety, aggression, and depression.

Autism spectrum disorder is associated with epilepsy, and evidence suggests it occurs more frequently in epilepsy patients with intellectual disability.

Between 15–35% of patients with epilepsy may be affected by autism, whereas 7% to 46% of people with this neurobehavioral disorder may have epilepsy.

Almost 1 in every 4 people with Dravet syndrome (24.3%) have an autism spectrum disorder, often affecting patients with profound intellectual disability.

Despite this close association, scientists are not certain whether autism or autistic behavior is a common feature of  Lennox-Gastaut syndrome.

A team of Chinese researchers evaluated the autistic behaviors and cognitive capacity of 50 Lennox-Gastaut syndrome patients, and compared their findings with those of 45 Dravet patients.

Lennox-Gastaut patients ranged in age from 2.2 to 33, and collectively had the cognitive capacity of a child with a mean age of 9.3 years.

Dravet patients  ranged from 2 to 16 years old, and had the neurodevelopment capacity of a child with a mean age of 8.2 years.

None of the Lennox-Gastaut patients could be diagnosed with an autistic disorder, showing average scores quite below the threshold of conclusive autism. Still, three patients — with very early disease onset and poor cognitive outcomes and profound intelligence disability — had autistic behaviors, including speech delay and repetitive non-functional movements. One of these patients also had a low ability to interact socially, narrow interests, and a short temper.

In contrast, 10 of the 45 Dravet patients had a diagnosed autistic disorder. These 10 patients had speech delay, narrow interests, and a lack of emotional reciprocity; nine showed repetitive movements; seven had short tempers; and four showed language regression.

Most Lennox-Gastaut syndrome patients (86%) had some level of intellectual impairment. Ten patients had mild disability, four had moderate, 19 had severe disability, and 10  had profound intellectual disability. Only seven were found to have normal or near-normal intelligence scores.

Further analysis revealed that a higher degree of intellectual disability was correlated with early seizure onset, and was more frequent among patients with symptomatic Lennox-Gastaut syndrome.

Collectively, these results reveal a significant difference in the coexistence of autism spectrum disorders between Lennox-Gastaut and Dravet patients, despite a similar prevalence and severity of intellectual disability.

According to researchers, these results refute “the proposal that the prevalence of autism spectrum disorders in epilepsy is accounted by intellectual disability.”

Further and larger studies, they added, “are required to unveil the underlying mechanisms and interaction among epilepsy, ASD [autism spectrum disorder], and ID [intellectual disability].”

Create your own user feedback survey

Share This
We use cookies to ensure that we give you the best experience on our website. If you continue to use this site we will assume that you are happy with it. We never use your cookies for creepy ad retargeting that follows you around the web. OkRead more