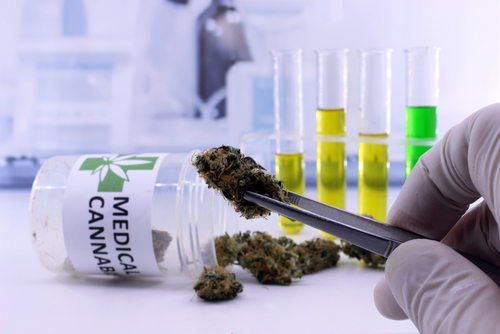 Currently, there are four cannabinoids under investigation for the treatment of seizures: cannabidiol (the active ingredient of Epidiolex, developed by GW Pharmaceuticals); cannabidivarin, Δ9- tetrahydrocannabivarin, and; Δ9-tetrahydrocannabinolic acid.

Of those, only cannabidiol and cannabidivarin have protected against seizures in multiple non-clinical models of epilepsy, including animal models of Dravet syndrome.

Positive results obtained for both compounds in animal studies made their way into clinical trials, to be tested in patients with childhood-onset epilepsies difficult to treat, including Dravet and Lennox-Gastaut syndrome.

An open-label trial (NCT02660255) testing the addition of Epidiolex to existing anti-epileptic regimens in children and young adults with treatment-resistant epilepsy showed that Dravet patients particularly benefited from the treatment, which reduced to half the frequency of motor seizures after a 12-week treatment period.

Epidiolex also was proven safe in a Phase 2 clinical trial (NCT02091206) and in a Phase 3 study, CARE 1 (NCT02091375), testing Epidiolex in children and young adults with Dravet syndrome.

Results from the CARE 1 study showed that Epidiolex led to a statistically significant reduction of 39 percent in patient seizure frequency compared to 13 percent in the control group, but also were associated with higher rates of negative side effects.

Following this study, GW launched a second Phase 3 trial, CARE2 (NCT02224703), evaluating Dravet syndrome patients’ responses to either a low or high dose of Epidiolex given for 14 weeks. The study, still recruiting, plans to enroll 150 participants, both children and adults. No results are available yet.

Two Phase 2 trials (NCT02369471 and NCT02365610), evaluating the safety and effectiveness of cannabidivarin in reducing treatment-resistant focal seizures, have been completed. Results are expected soon.

Interactions between cannabinoids and other antiepileptics

Researchers call special attention to a potential interaction between Epidiolex and Onfi (clobazam) that was observed in the Epidiolex open-label study.

Patients on Epidiolex and Onfi had a better response in terms of seizure reduction than those taking Epidiolex along with other antiepileptic treatments.

In fact, adidtional studies have shown that Epidiolex increases the serum concentrations of Onfi and its derivatives up to five times.

“Experiences with antiepileptic activity of investigational cannabinoids to date are encouraging, as efficacy against treatment resistant seizures was clearly demonstrated, while in the same time the drugs exhibited minimal toxicity,” the researchers wrote.

Although clinical trials have been focused on seizures in Dravet and Lennox-Gastaut syndromes, there is “significant potential of cannabidiol in other types of treatment-resistant seizures that should be explored in future pre-clinical and clinical trials,” the researchers concluded.